On average, analysts expect that Lexicon Pharmaceuticals will report full-year sales of $147.82 million for the current fiscal year, with estimates ranging from $43.45 million to $184.87 million. For the next fiscal year, analysts expect that the business will report sales of $7.98 million, with estimates ranging from $590,000.00 to $15.37 million. Zacks Investment Research’s sales averages are an average based on a survey of sell-side research firms that cover Lexicon Pharmaceuticals.

Lexicon Pharmaceuticals, Inc, a biopharmaceutical company, focuses on the development and commercialization of pharmaceutical products. The company offers XERMELO, an orally-delivered small molecule drug candidate for the treatment of carcinoid syndrome diarrhea in combination with somatostatin analog therapy in adults.

Featured Article: What does a dividend yield signify to investors? 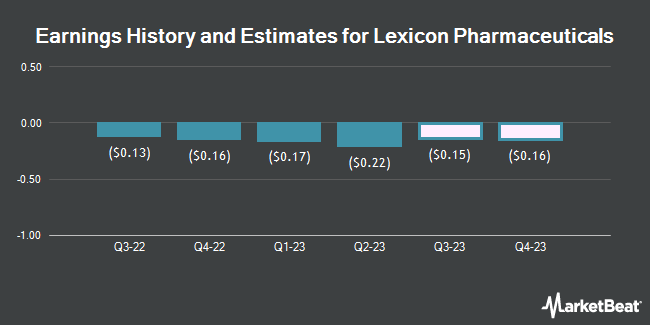 AnarchistsPrime Trading Down 79.4% Over Last 7 Days

Complete the form below to receive the latest headlines and analysts' recommendations for Lexicon Pharmaceuticals with our free daily email newsletter: